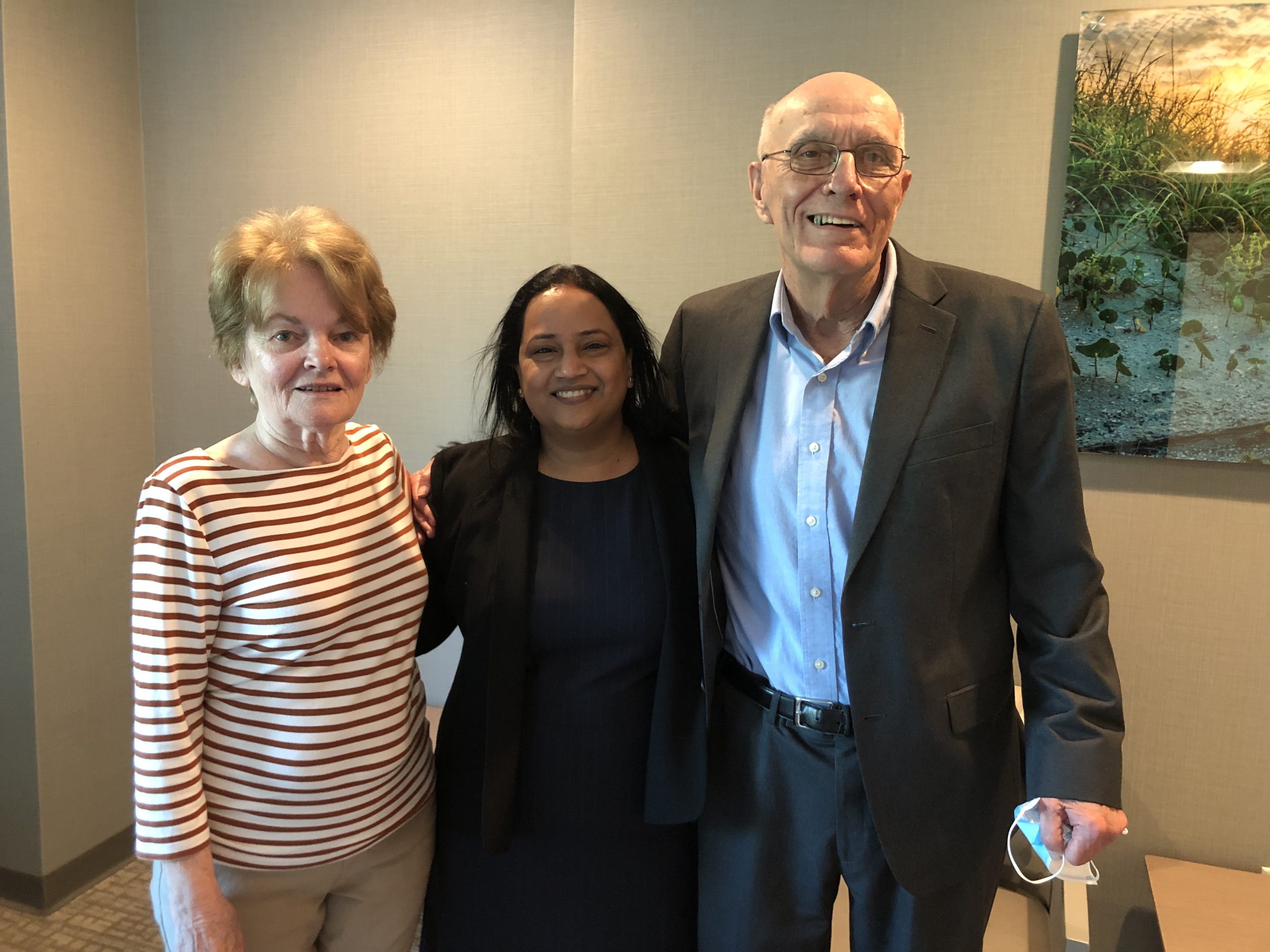 PROVIDENCE, R.I.  — When Kenneth Ronan first underwent surgery for colorectal cancer in December, he was in the hospital for six days and nights recovering.

During that surgery, doctors found cancer had spread to Ken’s liver.

Typically, removing that tumor would have required more open surgery, another large scar, and another long recovery.

However, Ronan, 77 of Smithfield, instead became the first patient in Rhode Island to undergo robot-assisted liver surgery.

The minimally invasive procedure – which until now was only available in major cities – was brought to Southern New England by Dr. Subhashini Ayloo, section chief for Brown Surgical Associates’ Hepatobiliary and Pancreatic Surgery Division. It allows the physician to be extremely precise – reducing blood loss and post-operative pain.

Dr. Ayloo performed Ken’s surgery at Rhode Island Hospital on April 19. She was able to remove the tumor without removing a large portion of the liver. Ken was out of the hospital the next day and was able to resume his chemotherapy treatment sooner than he normally would have.