Obesity is a progressive and life-threatening condition marked by excess body fat, which can significantly reduce life expectancy. Health problems associated with obesity include but are not limited to diabetes, high blood pressure, heart disease, and sleep apnea.

Determining whether bariatric surgery is right for you can be a lengthy, multi-step process that requires commitment. Your surgeon’s office will work with you and explain the process and its requirements, and also assist you with any insurance authorizations. There may be additional criteria needed by your insurance company before approval for surgery is granted.

At Brown Surgical Associates, we offer a multidisciplinary team approach to weight loss. Our specialists will assist you in committing to the lifestyle changes that will assure optimal success. The first step is to watch the below orientation, then complete an online quiz regarding the procedure. A member of our team will then contact you about the next steps.

After viewing the video Complete your online orientation

If greater weight loss is required than a gastric banding procedure can produce, a gastric bypass operation may be considered.

In a Roux-en-Y gastric bypass (RYGB) – the most common weight loss procedure – a small stomach pouch is created by stapling, which separates it from the rest of the stomach. Then a section of the small intestine is attached to the new pouch to allow food to bypass most of the original stomach and first portion of the small intestine. This reduces calorie intake as well as nutrient absorption.

The limited quantity of food, combined with the reduced absorption of calories, results in a faster weight loss than is normally achieved by the gastric banding procedure. 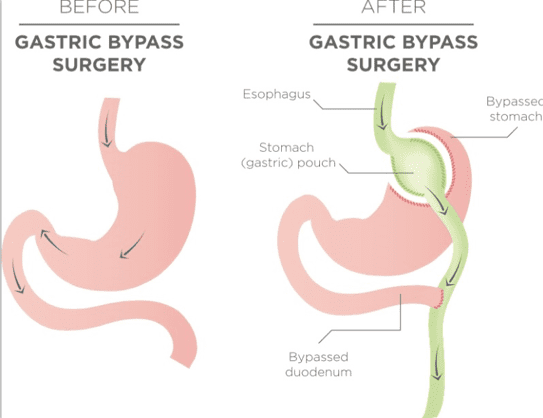 In this surgery, approximately 70% of the stomach is removed to limit the volume of food intake at one time.

This procedure is similar to the band procedure in that it restricts the volume of food intake. Patients can lose about 40% to 60% of their excess weight over one and a half years.

Unlike the band operation, however, this surgical procedure is permanent.

After the stomach is divided as described in the gastric sleeve procedure above, a bilio-pancreatic duodenal switch surgery is usually carried out several months later as the second stage of the operation. 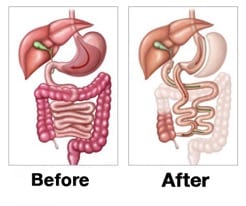 During this procedure, surgeons place an inflatable silicone band around the upper stomach to create a new, smaller stomach pouch that limits the amount of food that can be consumed and slows the progression of food from the stomach to the intestines.

Patients will feel full sooner and be satisfied with smaller amounts of food, which can result in losing as much as 40% to 60% of their body weight over a three-year period.

The gastric band itself is adjustable, by adding or removing fluid from the band’s interior through a small port that is placed beneath the patient’s skin. The surgeon can adjust the band via the port with minimal discomfort to the patient. If the band needs to be removed, the stomach will return to its original form and function.

In some instances, revisional endoscopic or laparoscopic bariatric surgery is needed to remove a malfunctioning band or revise a sleeve gastrectomy or gastric bypass.

Watch the experiences some of our patients have had with bariatric surgery. 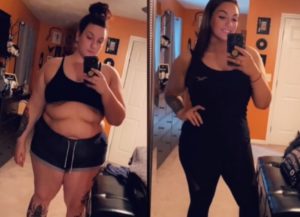 EMT Morgan Schmitt shares what it's been like recovering from bariatric surgery during COVID-19 pandemic and how the procedure has already changed her life. MORE » 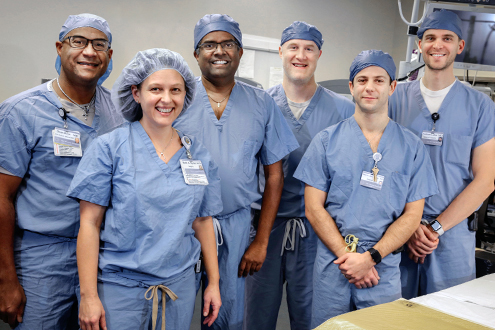 Calculate your BMI. Knowing your BMI is the first step in your weight loss journey.